The below magazine excerpts capture the period during which William Henry Dennis (1887-1954) took over the Halifax Herald and quickly made good use of his new position launching what would become the International Fishermen’s Cup Races, the series for which the legendary Bluenose was built, and in which she would gain her fame.

In July 1920 Dennis was left in charge of the Herald by his late uncle, inconveniently also named William Dennis (1856-1920). A little over a month later he would announce the paper’s sponsorship of a race amongst Nova Scotia fishing schooners. 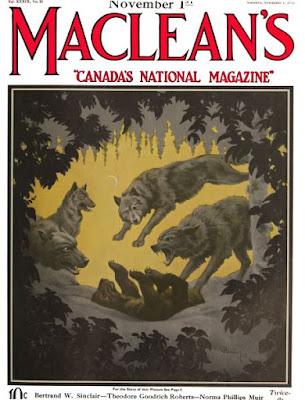 "W. H. Dennis was a boy on his father's farm near Stewiacke, Nova Scotia. Whether or not he was a success as a farmer’s boy is not recorded, but, like many Nova Scotia boys on a farm, he tired of the common round and trivial task and hied himself to Halifax to look for a job. He applied to his uncle, the late Senator Dennis, newspaper publisher. It just happened that at that particular time the senator was in need of a boy to run the elevator, so he gave his nephew the job. William Henry went to it. The building had two elevators and two elevator operators, and the boy from the farm determined to be the best of the two. The way he ran that elevator was wonderful. In his estimation it was the greatest job any boy from the country ever tackled and he determined to become an expert.

"They knew it could not last and they judged rightly, for the boy from Stewiacke, having received one promotion, looked for another and did not rest contented until he got it. He thought he would make a good advertising man. As a test the senator put him in charge of the classified advertising department. Again he made good from the start and it was not long before he sought fresh fields to conquer. He became advertising manager of the Halifax Herald and its evening edition, the Evening Mail, and so rapidly did he develop into an all round newspaperman that Senator Dennis, desirous of spending at least half the year at Ottawa, placed him in the responsible position of managing editor of the two papers." 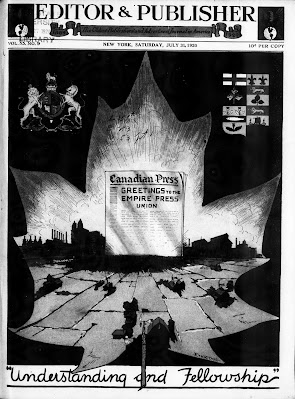 "It is with much gratification that the many admirers of the Halifax Herald, Evening Mail and Sunday Leader have learned that Senator William Dennis, by his will, selected William H. Dennis to succeed him as the head of those three splendid newspapers. Although the new head of the Dennis publications is a nephew of the late Senator, he was not picked because of his kinship, but strictly on account of his fitness as exemplified while serving as first lieutenant to his uncle. William H. Dennis has been in service of the Herald, Mail, and Leader for eighteen years, the last ten of which he has been virtually their directing head.

"Like his predecessor, W. H. Dennis believes in doing things and doing them quickly. Anything that looks like a good idea of a “first thing” gets its chance. Optimism, energy and initiative are the tenets of his journalistic faith. Entering the employ of the Herald as an elevator boy. He made good all along the line.

"W. H. Dennis is possibly in all Canada and America the youngest controller and director of so extensive a newspaper enterprise. A few years ago he was appointed vice-president and general manager of the Halifax Herald, Limited, a pretty stiff contract for what many then considered a mere boy. But Senator Dennis wanted a successor who could carry on his business successfully and he always seemed to get what he wanted." 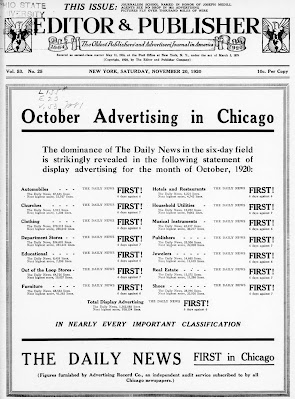 "Halifax, N. S.—Journalists from both sides of the boundary commended W. H. Dennis, publisher of the Halifax Herald and Mail, for his enterprise in promoting the recent race off this port between champion schooners of the Nova Scotia and Gloucester fishing fleets. Mr. Dennis originally planned the contest for the championship of the Nova Scotia fleet and gave a cup to the winning captain. Seeing further possibilities for advertising Halifax as the "World's Third Greatest Port,” he arranged the international race and presented a cup to the American skipper when he brought his schooner first across the line in two races." 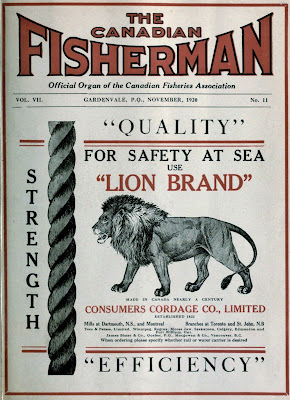 "W. H. Dennis, in presenting the Herald and Mail Cup, emblematic of the blue ribbon of the Atlantic fishing fleets, said in part:—"The majority of people in Halifax and throughout our province realize that this international race has proved a great success, and will prove an asset. It has given our Province tremendous publicity, focusing the eyes of the continent on Halifax, 'The World's Third Most Important Port' and two great Nova Scotia industries. There are few people who object to such contests, people who consider them only sporting events. A month ago there were shrewd business men in Halifax who told the committee that the fishermen's race was out of bounds of accomplishment and when the International race was suggested their smile broadened. The fact, however, is that within two weeks two of the greatest marine contests ever staged in the North Atlantic, if not in the world, have been successfully and satisfactorily carried out off Halifax, and the resourcefulness of Nova Scotia has won the admiration of the larger majority of the people of Canada and the United States, and today this province is a household word wherever newspapers are read.

“The asset in Nova Scotia was PUBLICITY, telling the world of our shipbuilding industry and of one of our great natural resources, the fisheries. 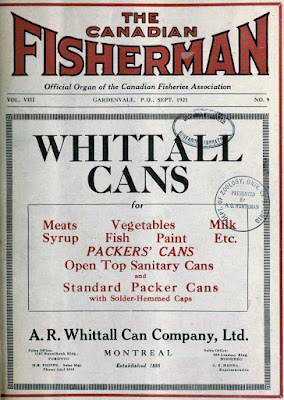 "The following is a copy of the Deed of Gift accompanying the Fishermen’s Schooner Trophy:—"Be it known that William H. Dennis, representing the proprietors of The Halifax Herald and The Evening Mail newspapers, […] recognizing the great importance and value of the deep sea fishing industry to the inhabitants of this Province of Nova Scotia, and realizing the necessity of the best possible type of craft being employed in the pursuit of the industry and believing that this can best be obtained by engendering a spirit of friendly competition among the fishermen of this Province and also with the fishermen [...] in the other Maritime Provinces of Canada, the Dominion of Newfoundland and the United States of America, has donated and placed under the control of Trustees to be named herein, a TROPHY, of which a photograph and description thereof shall be attached hereto, to be known as:

In 1921, the Bluenose won her first of many Fishermen’s Cups. In 1932, William H. Dennis was appointed to the Senate of Canada, just as his same-named uncle had been before him.

Postscript: I've written a previously untold story re: the origins of the Bluenose – all roads lead through William H. Dennis, but he had a long-forgotten competitor who had a different kind of race in mind: